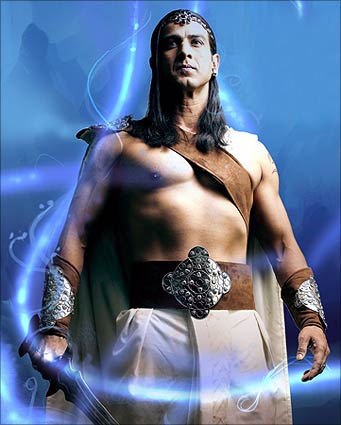 A few weeks ago we had a wonderful time due the visit of His Holiness Gunagrahi Goswami.

Maharaja kindly agreed to speak at the monthly Bhagavatam chapter study program.  It is a study that we started a year ago and will probably take 28 years to finish being that there are over 300 chapters in the Srimad Bhagavatam.

Maharaja focused a compelling question in the Mahabharata:  “The reason for Bhishmadeva’s fighting against the Pandavas.”  Unlike the understanding that is common for fans of Bollywood, that he fought for the Kaurava’s simply due to social duty, Maharaja revealed a deeper meaning for Bhishma stance.

Srila Prabhupada writes his his purport for Śrīmad Bhāgavatam 1.9.16:

Even a great fighter like Bhīsma could not win the Battle of Kuruksetra because the Lord wanted to show that vice cannot conquer virtue, regardless of who tries to execute it. Bhīsmadeva was a great devotee of the Lord, but he chose to fight against the Pāndavas by the will of the Lord because the Lord wanted to show that a fighter like Bhīsma cannot win on the wrong side.

When a young girl gets married in India and moves in the house of her husband’s family, to make her feel comfortable the mother of the husband does not instruct her directly.  Rather if she sees that any instruction and guidance is needed, she will openly give that instruction to her own daughter in the presence of the daughter in law.  Just so that she may also learn.  So Krishna to teach his aspiring devotees who have just joined the family, teaches them lessons through the lives of  his intimate associates.