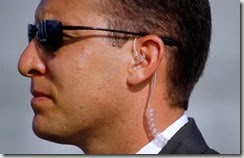 Because you are My very dear friend, I am speaking to you My supreme instruction, the most confidential knowledge of all. Hear this from Me, for it is for your benefit. –  BG 18.64

Because of their tendency to hear from authorities, they also transcend the path of birth and death. – BG 13.26

O Janārdana, again please describe in detail the mystic power of Your opulences. I am never satiated in hearing about You, for the more I hear the more I want to taste the nectar of Your words. – BG 10.18

The one verse which Śrīla Prabhupāda gave the most lectures on is BG 7.1  Which is a verse wherein Krishna and Śrīla Prabhupāda emphasize regularly hearing about Krishna Conscious philosophy.  Such hearing spiritualizes ones consciousness and helps one develop a spiritual vision.   As it is said, we see Krishna first with our ears.

Therefore I am happy to let you know that we have a new podcast available.  You can find it here at http://feeds.feedburner.com/KalachandjisAudio  The benefit of a podcast is that you don’t have use your data streaming or lose lots of battery life while streaming.  You can set your podcast app to auto download classes when your in a wifi zone or you can just easily select the ones that you like.

You can subscribe using the link above or you can also look for Kalachandji’s Audio on iTunes and subscribe there.

Posted by Unknown at 7:50 PM No comments:

Three days after police found the body of 17-year-old Ivan Mejia in the woods in Garland, his father, Flavio, offered forgiveness to those responsible for the young man’s murder. It was the family’s first public statement.

Two of Ivan’s classmates are in custody for the murder, something police say occurred because of a fight over a girl.

Forgiveness is central to so many faiths. But how do we forgive? And what does forgiveness do for the one who forgives and the one who is forgiven? Can true forgiveness come so quickly as the Mejia family offered it, or must it come through time and grief?

Below is Flavio’s statement.

First, we want to thank you on behalf of our family for
respecting our privacy and our silence. We want Ivan to be remembered as a good servant of society who sought the well-being of others and gave a friendly hand in very humble ways and without pretensions. Also he held in high esteem his faith and his passion for Jesus.
It is because of the faith that we profess and that we instilled in Ivan that we hold no grudge toward the people involved in this unfortunate event. We pray for their families because we understand that just like us they are going through a very unpleasant time. We thank God for his strength, for his care
of our family. We thank from our heart our congregation El Lugar de Su Presencia, the community, friends and relatives who have been of help and blessing in these moments that are so difficult for our family.
We have the certainty that our Ivan lived each moment of his life impassioned by his Creator and we know that he did it as a good soldier of Christ. Like the word says in 2 Timothy 4:7: “I have fought the good fight, I have finished the race, and I have kept the faith.”
Thanks for your attention. We bless you in the name of Jesus.

In the Vedas is said that the beauty of a saintly person is their forgiveness.  It is the quality of those who trying to advance their spiritual consciousness.  It is described that that the chief of all demigods, Brahmā achieved that post because of his superb quality of forgiveness.  Krishna, God Himself, becomes please with those who are forgiving.

This quality of forgiveness is realized when one understands that God is the supreme controller.  One should not be upset with the instruments of one's own karma.  So for one's own pains a person should be tolerant.  This is personal forgiveness, if others are harmed a person should do their part to protect. This is especially in regards to those who are in leadership, who have the duty and nature to protect others.  Such persons should not avoid corrective methods for the abusive behavior of the unrepentant.

Posted by Unknown at 1:10 PM No comments:

We are currently working repairing/restoring/replacing the three large domes on top of the altar.

Email ThisBlogThis!Share to TwitterShare to FacebookShare to Pinterest
Labels: ISKCON

TEXAS FAITH 125: What’s the balance between religious freedom and freedom from discrimination?

When Arizona Gov. Jan Brewer announced she was vetoing a “religious freedom” bill that targeted gay men and lesbians, she said religious liberty remains a “core value” in Arizona. But, she added, “So is non-discrimination.”

The debate over the Arizona bill – and similar proposals under consideration elsewhere – highlights the tension between two competing and deeply held American values: the right of people to practice their religion vs. the right to be free from discrimination. It’s a balancing act, and not an easy one.

It is at the heart of the debate over the Obama administration policy requiring businesses to provide health insurance for their employees that includes forms of contraception. It’s central to the argument by supporters of the Arizona bill that a baker who opposes same-sex marriage shouldn’t be required to bake a wedding cake for a gay couple. Both sides make a claim on liberty.

Clearly, nobody’s advocating that the government sanction, say, the right to deny service to black people at a lunch counter – regardless of whether the owner says it violates his religious beliefs. At the same time, nobody’s saying a Jewish caterer must work the Nazi rally, even if the Nazis claim they’re being discriminated against.

The question is, as a matter of public policy, how to reconcile competing rights? How do we protect both the religious rights of one person (which may involve discriminating against some people) and the deeply held right to be free from discrimination? What’s the balance and how best do we achieve it?

To be merited rights is a metaphysical concept.  There is no scientific or secular logic that procures rights upon an individual.  Therefore this subject must be approached metaphysically with logic and reason.

The first question is: what is it that is being granted rights?  If there is no logical understanding of the self or individual, then we cannot progress further.

In an American history we had slavery because it was said that dark-skinned people did not have souls. But where is the logic in that?  By simple analysis one can see that the symptom of the soul or self is consciousness.  As soon as the soul leaves the body, that body no longer carries its beauty and luster. That same symptom of consciousness is equal whether one is a man or a woman, dark-skinned or light, or human or animal.   All feel pain and pleasure.   However, because our society’s understanding of the self and consciousness is lacking depth, a large foolish section of society makes claims that animals are without souls and therefore without inherent rights.

Another large and equally foolish section of society will make claims that the unborn individual is also without rights.  This is all because there is no clear understanding of the self which is the foundation of the discussions of rights.  But there are books, such as the Bhagavad Gītā As It Is, that deal with this subject with such clarity that it can shock most people.  Such clarity is necessary to govern social structures in a progressive way.

Posted by Unknown at 6:21 PM No comments: