TEXAS FAITH 110: Has college football become too violent for the faithful?

Let’s take a break from the weariness of finding the right strategy for the Mideast and deal with sports. Namely, football.

I confess that I have — again — grown to love college football. I enjoy going to TCU games with my 10-year old son, who loves to run the field before the game and root loudly for the Horned Frogs. In fact, it is hard getting him out of a TCU T-shirt these days.

I enjoy the game because it is fast, exciting and strategic. It also is just fun watching the bands and streamers and frivolity. And, being a fan, I like to see my team(s) do well. (As a graduate of the University of Texas who grew up attending TCU games, I spread my cheering around each weekend!)

But as I watch these games, and see players carted off the field, I often inwardly wince. Am I participating in some kind of modern lions-and-Christians blood-lust? And I am doing this at someone else’s expense? The NFL just settled with retired football players to the tune of $750 million over the concussions some of them received. For some players, they have been life-altering concussions.

Related to all this, I felt sick when I picked up our paper and read that CBS Sports was putting a “Johnny Cam” to cover every move of A&M’s Johnny Manziel in his game against Alabama. The guy is a showboat, but he is still only a kid.

So, are we reaching the point where rooting for college football teams is too much? In this Christianity Today essay, Owen Strachan raises the penetrating question: Should Christian fans step away from such a physically devastating, violent sport?

Should people of faith who love college football step away from such a physically devastating, violent sport?

As time progresses we invent more and more ways to waste time. Spiritual life is not meant to be belief on the backburner but rather something that actually satisfies. A satisfied soul is not interested in wasting time in material activities.

Why is time important?

Because that which you hold dear to your heart will decided where you go after death. If you are invested in the temporary, you will take birth again in this temporary world. So one should use this valuable form of human life to seek and experience the eternal by developing a loving relationship with God. Hare Krishna.

of life: People misidentify the self/soul with this temporary ever changing material body, this is called ignorance.

Posted by Unknown at 2:05 PM No comments:

Tej Monga, owner of Namah Shivaya Yoga, invited us to share an experience of the ways of Bhakti Yoga at his teacher training seminar.  Lessons included a talk on the 3 levels of God realization, namely Brahman, Paramatma, and Bhagavan.  The history of kirtan, and then integrated with kirtan participation.  My daughter Visakha came to the event and became the headline attraction.  She first demonstrated yoga poses and also Bharatnatyam classical dance to beautiful bhajans sang by Kalindi Patel back up by her husband Kapil sweetly playing mrdanga with Bhaktin Reivin dancing along.  But the real fun is when  Visakha got the whole group to get up and chant and dance to the Hare Krishna Mantra.   Watch the video below to see the fun.
Posted by Unknown at 10:18 PM No comments:

Before taking to chanting the Hare Krishna mantra daily my wife used to smoke 2 packs of cigarettes every day.  But with the help of this mantra she quickly and easily gave up smoking.

The prescription drug Varenicline (Chantix) helps you quit smoking.  It has a standard pharmaceutical list of side effects and warnings.  Here is a few of them. 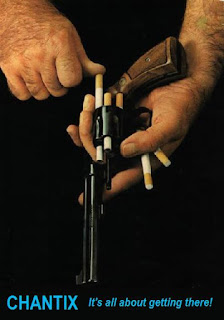 Seeing or hearing things that are not really there. Seizures.  Thoughts of hurting yourself or others.  It may also cause some people to have suicidal thoughts and tendencies or to become more depressed. 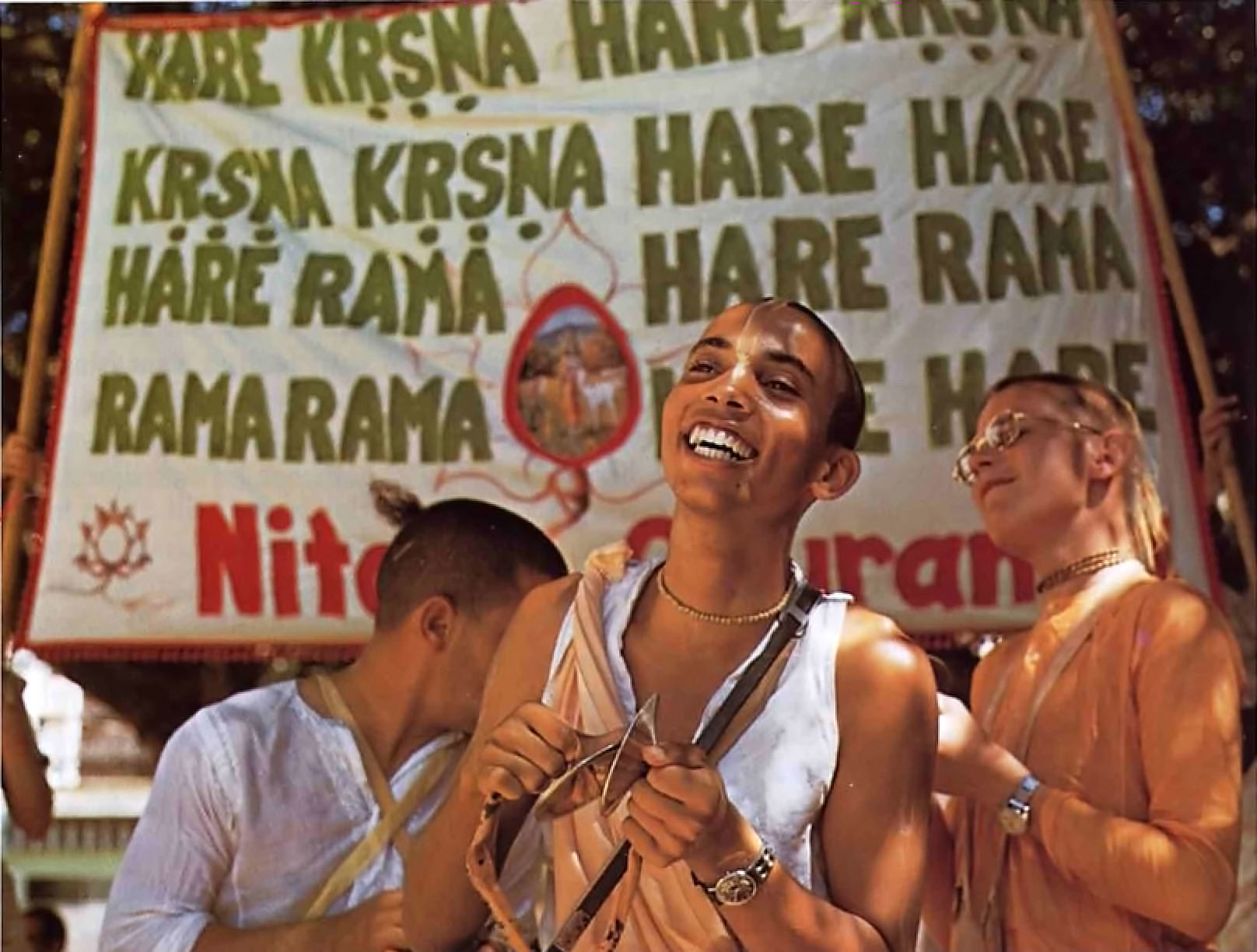 However chanting Hare Krishna is not without warning.  Do not chant this mantra if you would like to keep attachments to pride, lust, anger, and greed.  It will destroy these attachments.