TEXAS FAITH 124: Is it crazy to pray for your team to win the Super Bowl?

Two things Americans take seriously are religion and football. With the Super Bowl set for Sunday, here’s a question: Why do so many people pray for their favorite sports team to win? Is it just a ritual? An act of faith? Or a hedge, just in case?

A new survey finds that half of American sports fans say they believe God or a supernatural force is at play in the games they watch. That includes Americans who pray for God to help their team (26 percent), think their team has been cursed (25 percent) or more generally believe God is involved in determining who wins on the court or in the field (19 percent).

So is God the 12th man on the field at kickoff when the Broncos and Seahawks meet in the big game this weekend? The Great Odds Maker in the Sky?

The Public Religion Research Institute finds that football fans are the most likely to pray for their own teams to win. About one-third say they ask God to intervene in games. When it comes to whether God rewards religious athletes with health and success, about half of Americans say yes, about half say no. The belief that God will help religious athletes was most prominent among white evangelicals (62 percent) and non-white Protestants (65 percent). When it comes to the religiously unaffiliated, only about 20 percent feel that way.

So why do so many Americans pray for God to help their team? Or believe that God rewards religious athletes?

Do they really think God works this way? Or like Pascal’s wager, do people figure — hey, I’ve got doubts, but what if it works, what if it’s true? Why not be on the winning side?

We put that question to our Texas Faith Panel and the result was a funny, thought-provoking and thoroughly entertaining set of answers from some of the smartest people on matters of religion and faith in Texas. It’s not so easy as you might think. Some of the answers might surprise you.

The Supreme Lord is not an order supplier waiting to commanded at a whim.  This survey illustrates that many in the world are very ignorant in regards to the position of God.  We are His servants and He also loves to serve us.  How does God like to serve us?  He helps those who are seeking Him get closer.

"To those who are constantly devoted to serving Me with love, I give the understanding by which they can come to Me." Bhagavad Gītā As It Is 10.10.   Because of illusion, people misidentify the body as the self and become absorbed in the gains and failures that are related to this body.  Thus one falsely thinks himself to be related to a particular group or nation. 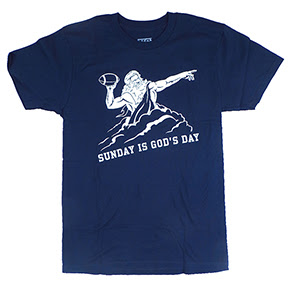 In bodily consciousness one thinks himself to be Black, White, heterosexual, homosexual, Republican, Democrat, Hindu, Muslim, Christian, or being related to a particular team that they identify with.  In this illusion one imagines that the gains and failures of those different groups are in relation to themselves.  However the self is actually spiritual, eternal, and unaffiliated with the things of this world.

The ephemeral gains for our vehicle, the body, do nothing to bring satisfaction to the self, the soul.  Thus God has no interest in fueling one's illusion but happily reciprocates with those who try to connect with Him beyond the Matrix.

TEXAS FAITH 123: Why are religious hostilities on the rise across much of the world? What, if anything, can be done about it?

A new poll finds that religious hostilities have increased in almost every major region of the world. Perhaps not surprisingly, the sharpest increase was in the Middle East and North Africa, most likely an after effect of the 2010-11 political uprisings known as the Arab Spring. But the Pew Research Center study also found a significant increase in religious hostilities in China and the Asia-Pacific region.

The study looked at efforts by governments to ban particular faiths, prohibit conversations and give preferential treatment to some religious groups at the expense of others. Those haven’t changed significantly. But acts of overt hostility toward religion – religion-related armed conflict or terrorism, mob or sectarian violence, harassment over attire for religious reasons or other religion related intimidation or abuse — have increased.

Incidents of abuse targeting religious minorities seen as offensive or threatening to the majority faith are up. In Libya, for instance, two worshippers were killed in an attack on a Coptic Orthodox church. Harassment of women over religious dress occurred in nearly a third of countries in 2012 (32%), compared to less than one-in-ten (7%) as of mid-2007. And mob violence related to religion occurred in a quarter of countries in 2012 (25%) – double the number from five years earlier.

So what’s happening here? Is this just a cycle, a phase? Or is it something else? The power of religious faith to divide as well as to unite has a long history. But clearly in the last few years, people are increasingly using religion for negative and destructive ends in many places.

Why are religious hostilities on the rise across much of the world? What, if anything, can be done about it? Our Texas Faith panel weighs in:

The cause of any type of injustice is ignorance.  Specifically people misidentify the body at the self.  Therefore, in ignorance, one thinks oneself to be White, Black, Asian, Republican, Democrat, male, female, Christian, Hindu, Muslim, as so on.  The solution to injustice is knowledge of the self and practical application. 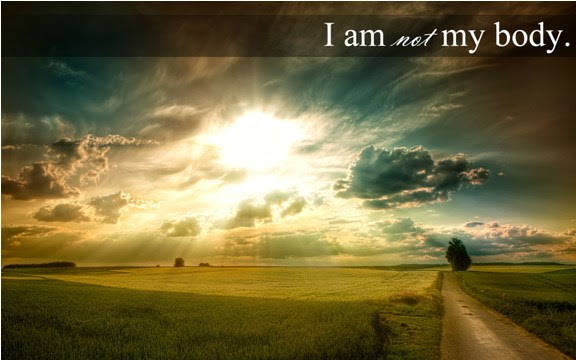 It is not that one needs to know just theoretically that one is not the body but the soul within.  One must have a process to practically experience it.  That individual who experiences himself beyond body is self satisfied and thus is peaceful and happy.  A society of individuals who have no self knowledge will never be happy.  Therefore peace and happiness is concomitant of actual spiritual knowledge, everything else is ignorance, despite that it may have a religious appearance.

Last Wednesday we celebrated our anniversary of The Darshan Room

What is The Darshan Room you ask?  The Darshan Room is weekly event that taps into the giving newcomers the essence of the Krishna Consciousness experience.  Uplifting kirtan, dynamic discussions, and an absolutely amazing vegetarian feast.

Many similar venues have been developed throughout the US such as Krishna Lounge in San Diego, Krishna House in Denver, and the traveling Pilgrim’s Lounge in Oakland.

We had a wonderful class given by Nityananda Prabhu our temple president and rousing kirtans by Kalindi Patel.

Everyone had a wonderful time. Here are some responses.

“I had such a beautiful night yesterday. Thank you for everything.”

“Hare Krishna brother, much love to you and thank you for awesome gathering at the darshan room last evening! so much blessings”

“Having the best celebration of my life!”

“Man the Wednesday program was awesome!!!! nice to see Reivin Alexandria after a LONG time ”

“I enjoyed it, as always

Posted by Unknown at 2:14 PM No comments: