I was on the radio 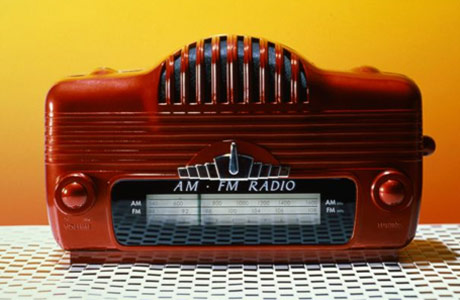 I was invited last Saturday on Salaam Namaste 104.9, which reaches the thousands of Indian/Pakastani locals, to speak about the significance of Janmastami and our local festival in Dallas. There is a kids section in the early part of the program, so the youth were also invited to do a live bhajan. Parents did not think that the kids would be up to it, being that they would have to up and ready to meet me to leave at the temple at 6am sharp. But the kids, Sakshi Gopal (10), Giri (10), and Madana Gopal (9) were fully excited. I found them in front of the temple bright and even earlier than expected. They sang the Nrisimha prayers very nicely, and I followed with an explanation about Sri Krishna Janmastami. You are all welcome to listen to it here and tell us your feedback about our show. The recording is not of the highest quality, I believe that it was just low quality automated recording so it must have sounded better on air.

ps. the link should be only available till Saturday. Then it will be updated with the next show which will feature Narottamananda Dasa and Bhakta James Cook speaking about the new upcoming Food For Life documentary, "AMMA means Mother"
Posted by Unknown at 8:38 PM No comments:

MTV filmed the Sunday temple program in Dallas (08/17/2008)--they had a 5camera shoot. The story line (for real)was this 17 year old film student wentto three religious places she had never gone before-MTV followed her andfilmed.The segment will air on MTV september-January. The film student went to the Dallas Buddhist temple, the Bahai temple and the Dallas Hare Krishna temple. Anandini (my daughter)sat next to her in the temple restaurantafterwords-- "she took one bite of prasadam and said she had never tasted anything so good before." She also said she enjoyed the enthusiastic chanting and dancing in the temple room. She lives in Burleson(near Dallas) andNitayananda Chandra is planning to do a home program at her house.Pictures atat:http://www.flickr.com/photos/rupagopi/sets/72157606809881891/your servant behind the Dallas TV program,Pandava vijaya dasa
Posted by Pandava at 4:53 PM No comments:

Email ThisBlogThis!Share to TwitterShare to FacebookShare to Pinterest
Labels: TV

Following is a sankirtan story from some residents of Kalachandji's Community:


Mishra Bhagavan Dasa and his wife, Sri Rangavati Dasi, long-time sankirtan devotees, were traveling from from Houston after attending Tamal Krishna Goswami's Vyasa Puja Festival. She was wearing a bright pink sari and he had on a dhori and yellow T-shirt that said, "Prabhupada on Tour." They pulled into a little town known as Cameron, Texas, Population 2,258. Sri Rangavati suggested that they do sankirtana at some stores there. It looked really slow, the type of desolate parking lot that a tumbleweed would roll across. She reasoned that these people do not usually see devotees and anyone buying a book would bring Prabhupada to the town.

The second person they approached bought a Spanish "Easy Journey to Other Planets," and Rangavati said, "Srila Prabhupada has arrived in Cameron!"

The next fellow was a Rasta type who gave ten dollars for a Bhagavad Gita. An older lady named Cammy was difficult to approach and wary about whether they were true Christains. "These books do not replace the Bible, but compliment it," Misra Bhagavan said. She was impressed with the verse: "In the minds of those who are too attached to sense enjoyment and material opulence and who are bewildered by such things, the resolute determination for devotional
service to the Supreme Lord does not take place." Cammy admired their outfits and said that her son just come back from India. He worked for a bank that had sent him there. She bought the Gita to show her son.

A tattooed man with a bushy mustache named Lupe sat with his wife and children in the cab of a well worn pick-up truck. He liked the pictures and bought Bhagavad Gita in Spanish. An African-American lady asked, "Why have you come to Cameron?" They told her why and added that they didn't think the people would be interested. She gave a donation for a Gita and said, "Oh, you'd be surprised. People are smart in this town. We read a lot."

All in all, eleven people took books. Srila Prabhupada had arrived in Cameron!!!
Posted by Lavangalatika at 8:15 PM 1 comment: