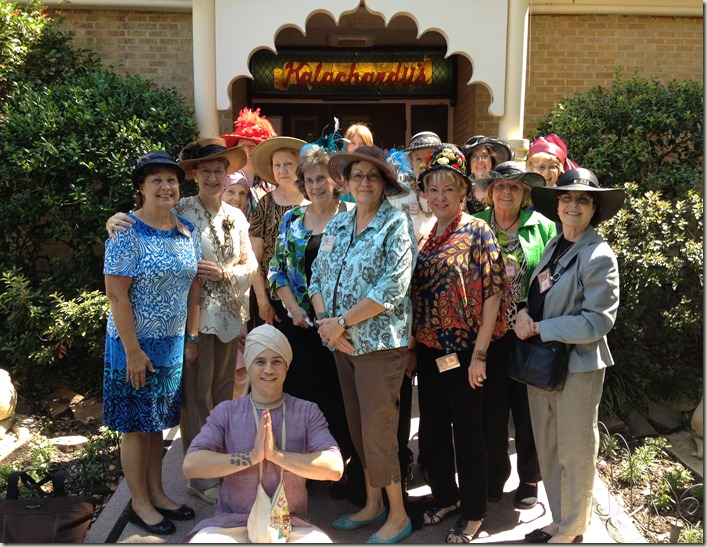 Last week I did a tour for a group of Mad Hatters.  They were lots of fun.  They really enjoyed the experience of the temple and we amazed at Kalachandji’s beauty.  They especially loved His indomitable hat. 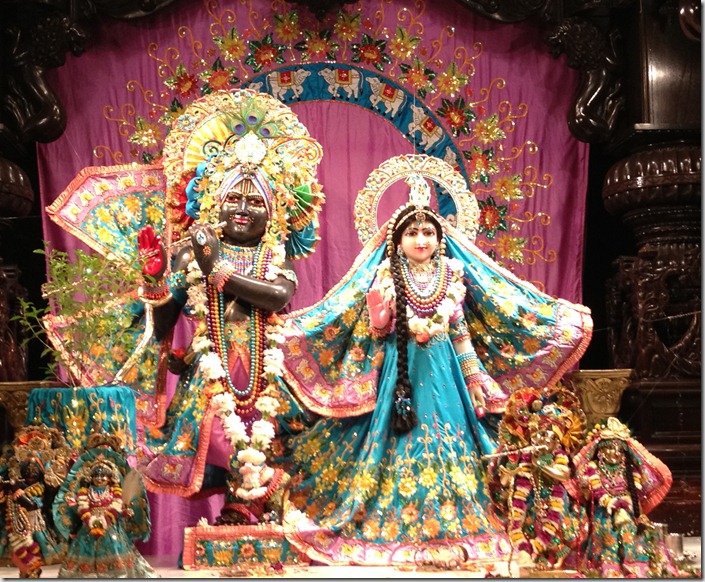 During the lunch we all discussed and shared stories of how God protects and reciprocates with those who take shelter of Him.

Posted by Unknown at 8:09 AM No comments:

Posted by Unknown at 8:05 AM No comments:

TEXAS FAITH 82: What would you like to hear Obama and Romney say in their convention speeches?

“Okay, we are now officially into our fourth year on Texas Faith! I went back and looked at our August 2008 debut and it was right around the time of the political conventions.

Of course, here we are again with another set of conventions. Republicans are hosting their meeting this week, while Democrats will convene their convention on Labor Day.

That being the case, I thought of the following as a way for you to weigh in on each party’s convention:

After two weeks of non-stop Olympics coverage, politics is now on stage. Over these next two weeks, Americans will have the chance to see and read back-to-back reports from the two major party’s conventions.

Since each of you make your living with words in one way or another, I would like you to craft the speech you would like to hear at either of the major conventions. I’m not looking for an opus, but rather, in a short and concise way, what would you like the candidates to say to Americans.”

Since it is duty of a leader to protect those who are innocent and cause no harm, we will now enact laws for the protection of children and animals. Inspired by this God-given duty I will stand, without fear, against abortion and animal slaughter. I will also work to ensure that secularism does not mean an eradication of religion but rather freedom of expression without biased management.

Posted by Unknown at 1:58 PM No comments: